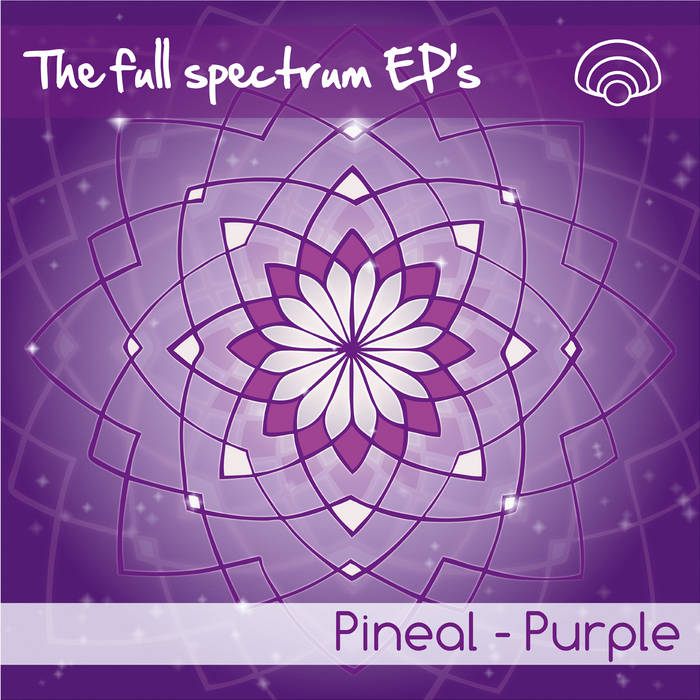 The concept of our “Full Spectrum EP’s” is based on the variety of psychedelic music. Through these releases we will explore many different kind of music and colours. Every Ep is related to one colour, the colour is inspired from the music they do. Those colours will be 7, like in a rainbow, and everything will tend to an end, THE WHITE. Showing that, even when in our scene there are many directions and tastes, it is all One, and one is basing on the other.

PINEAL is a project by Nico Canzoniero. He lives and works near Bologna (Italy). He has played guitar since he was 13. In early time his influences were psychedelics and progressive scene of the 70′s like Gong, Gentle Giant, Pink Floyd, Soft Machine, Nucleus. After his degree in Philosophy of music at Dams University of Bologna he continued to play guitar in several local progressive-rock bands. In 1997 he went to a goa party for the first time…from that moment psy-trance and psy-chill became one his principal musical interest.

In 2001 Nico formed a musical project called HIRANI with other three musicians, performing live sets gigs in main italian psy-trance parties for 3 years. The same band, with the name of IN DA GLADIAZ and GREEN LAB, have released some chill-out tracks and one album with Irma Rec.In 2004 Nico started the solo project PINEAL, performing mainly psy-trance live set and playing with various organizers in Italy. In the meanwhile he also played his own chill out and ambient music, using an armenian instrument called cùmbùs and blending it with electronics soundscapes. In 2006 borns RHYTHMATRIX, experimental project formed by two musicians, Nico and Fabio Costantini.As Pineal in 2008 released a chill track, “Flying carpet”, in “Tranchillizer”, PEAK rec.In 2009 Nico joined the PURPLE HEXAGON label and release two track “Syd station” and “Elfik machine” in “Denatured peninsula”.In 2010 he joins BLUE HOUR SOUNDS.

Blue Hour Sounds is an italian Psychedelic Trance and Chill label - born from the intense and creative union between two lovers, music seekers and dancers - now passionately managing the label, with the aim of creating an important point of reference for listeners and dancers. ... more

Bandcamp Daily  your guide to the world of Bandcamp

Serena Cherry debuts her black metal project, plus a Pick from the Crypt block from Svalbard